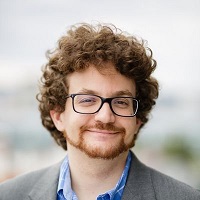 Bryce is passionate about C++ and is one of the leaders of the C++ community. He is the chair of INCITS/PL22, the US standards committee for programming languages and the Standard C++ Library Evolution group. He also serves as editor for the INCITS Inclusive Terminology Guidelines. Bryce is the program chair for the C++Now and CppCon conferences. On the C++ Committee, he has personally worked on concurrency primitives, parallel algorithms, executors, and multidimensional arrays. He is one of the initial developers of the HPX parallel runtime system.