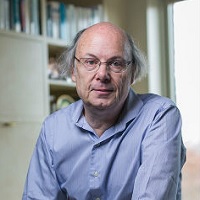 Bjarne Stroustrup is best known for his work on C++. In 1979, he began developing C++ (initially called “C with Classes”). In his own words, he “invented C++, wrote its early definitions, and produced its first implementation chose and formulated the design criteria for C++, designed all its major facilities, and was responsible for the processing of extension proposals in the C++ standards committee.”

Bjarne is an active member of the ISO C++ standards committee, a prolific writer and speaker on topics related to C++, and a recipient of the Draper award and the Faraday medal.

Currently Bjarne is a Technical Fellow and a Managing Director in the technology division of Morgan Stanley in New York City and a Visiting Professor in Computer Science at Columbia University.